In September, Schoeni Art Gallery is proud to present a series of exciting and colourful works by a young Bejing-based artist Qi Zhilong to the audience of Hong Kong. The exhibition entitled Consumer Icons - Pop Art by Qi Zhilong will be opened at the gallery on Thursday, 1 September 1994 and the show will continue through Saturday, 1 October 1994.

The Pop movement of the 1960's, originally emerged in Britain and greatly flourished by American artists. As Pop not only a part of the art history but also a cultural insight, it was intentionally mixed, mingling elements from politics, economic, social and culture and incorporating passages of artful brushwork. Thus, the result of the Pop was characterised by its multi-facets of culturalism (whether from tradition to pin-ball machine). The Chinese Pop, by contrast, is politically orientated. For instance, in the work of Qi Zhilong, the artist employed method of commercial design technique, depicts stunning actresses, commercial girls, fashion models and political leader images, through the process of metonymic and metamorphic, the artist deliberately created multiple meanings in his works which deconstructs the "ideology" of Chinese society today, namely, consumerism - the selling of consumer images.

The uniqueness of Qi's style confirmed his status as one of the leading representative of the third generation artist after the Cultural Revolution. In the recent years, his works were also praised by international art critics and collectors alike, particularly in Hong Kong.

In our effort in bringing exceptional quality of works to Hong Kong art collectors and lovers, despite two years of preparation, Schoeni Art Gallery is proud to announce Qi Zhilong's first one man show to be launched in Hong Kong this September. Over 18 works which the artist had produced in the last three years will be on display. In addition to celebrate Qi's first one man show in Hong Kong, a catalogue will also be released in conjunction with the show. 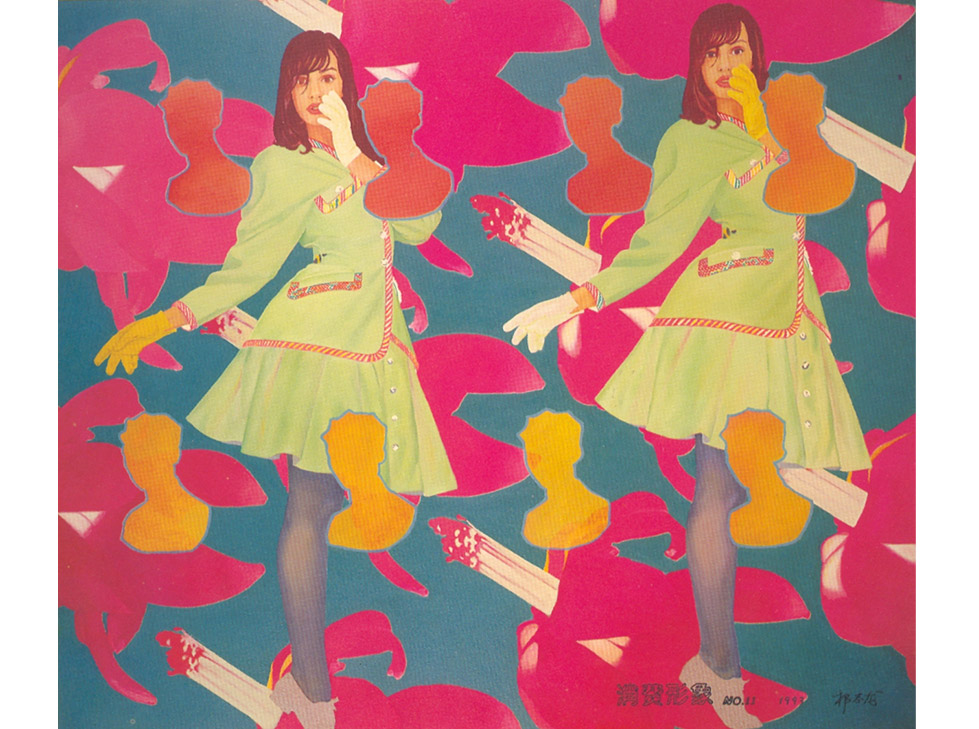