Schoeni Art Gallery is presenting a new exhibition of oil paintings by Beijing artist, Chen Yu. This is Chen Yu's first one-man exhibition in Hong Kong, though the artist has been shown at numerous exhibitions in Beijing and has had his work auctioned at Christie's, Hong Kong.

Chen Yu entered the prestigious Central Academy of Fine Arts in Beijing majoring in engraving and has received a Fine Arts Academy Excellent Student Award during his study. Graduated in 1993, Chen Yu is now best known for the ‘Lining Up series’, which typically illustrates a row of human figures all with eyes closed except one whose eyes remain open, staring suggestively at the viewers. The artist has said that he does not need the viewers to grasp specific meanings from his paintings, but rather prefers that the viewers and his paintings become a physical phenomenon to each other, like the heat produced by two objects rubbing. For the artist himself, the opened eyes of the one figure convey a rare moment of awakening, when the artist realizes his purpose in a life that may seem sadly repetitive.

This exhibition presents a unique opportunity to see Chen Yu's ‘Lining Up series’ together in one location. Viewers may better appreciate the subtle ideas behind Chen Yu's work after giving a close look of the whole series.

Chen Yu will be present at the opening of his exhibition on 20th September 2001. We invite our friends of the press to arrange an interview with the artist between the 18th and 22nd of September and to collect a copy of the new accompanying exhibition catalogue. 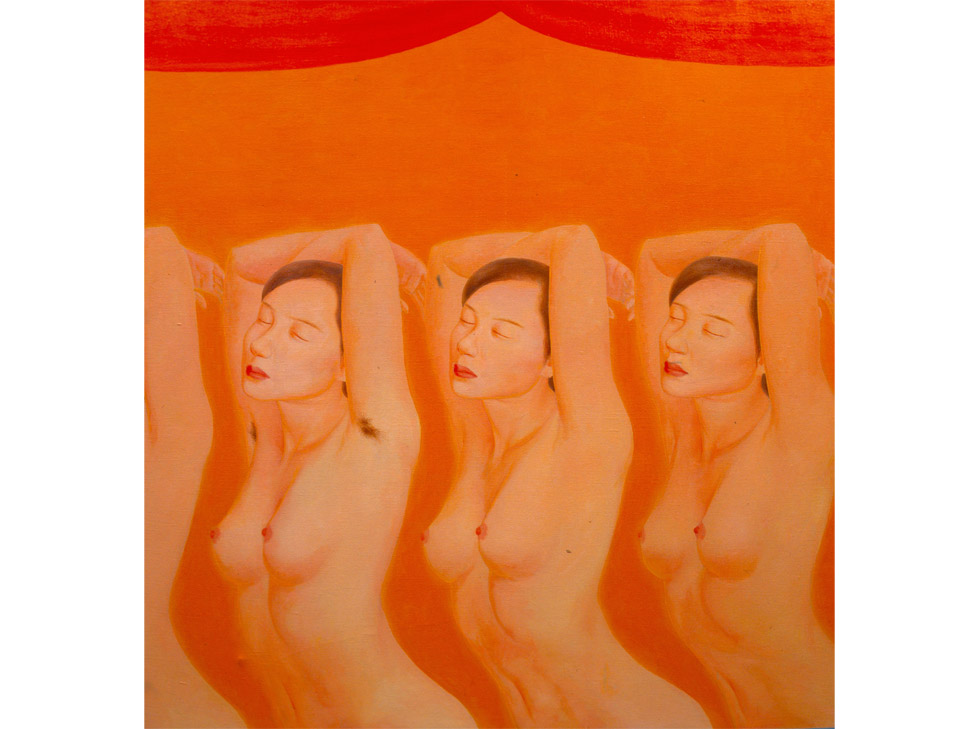 One Eye Opened and One Eye Closed 2