In tribute to the extraordinary life of Manfred Schoeni and in commemoration of his immense contributions to the Chinese art world, Schoeni Art Gallery is holding an exhibition in Chinese contemporary art - titled 'Through the Artists' Eyes' with accompanying catalogue to mark this occasion.

Over 40 artists are participating in the exhibition, many of whom have worked with Schoeni Art Gallery for more than a decade. The exhibition provides a rare opportunity to appreciate the full diversity that is modern Chinese art. from the post-modern to the neo-realist, each artist will display a single painting to commemorate Manfred Schoeni. This is the first time that such a vast and eclectic display of Chinese art is being exhibited under the roof of one gallery, and it marks a truly momentous occasion.

Many of the pieces on display, including paintings by such luminaries as Zhang Linhai and Qi Zhilong, were created especially for the exhibition and will present a valuable insight into their forthcoming work. Other highlights will include works by Ai Xuan, Wang Yidong and his wife Li Luwei, Li Guijun, Zhang Li, Jiang Guofang, Shuai Mei and her husband Dai Dai and Liu Dahong, who is the first artist that Manfred Schoeni ever collaborated with.

The sun may have set on one of Asia's most eminent art dealers, but it is apparent that his daughter Nicole is determined to carry on with her father's work: "It has always been my intention to follow in my father's footsteps and to continue promoting Chinese art on a global scale".

The inspiration for the exhibition came following Nicole's recent trip to Beijing where she visited a number of her father's artists, who showed great support. "This exhibition is a way for the 40-odd artists to show their appreciation and respect for my father. In turn it is also my way of showing them that this is not the end but rather the next chapter of a long and fruitful partnership".

Manfred Schoeni championed contemporary Chinese artists, including the country's Pop Art painters, and is credited for pioneering the 1990s boom in mainland art. Since it's founding in 1992, Schoeni Art Gallery has taken part in over 100 exhibitions worldwide, including Art Miami, Art Chicago, Art Hong Kong, Art Singapore and Art Basel. In 1995, Schoeni Art Gallery also took part in the "CHINA!" museum exhibition, which featured in Bonn, Amsterdam, Berlin, Vienna and Singapore and more recently in the "ChinArt" museum show, which featured in cities such as Duisburg, Rome, Budapest, Bydgoszcz in Poland and Palma de Mallorca in Spain.

Manfred Schoeni's passion shone through every aspect of his life. 'Through the Artists' Eyes' aims to both commemorate a colourful life and the coming of age of the Gallery's second generation. "Art", as Manfred often used to say, "is eternal". 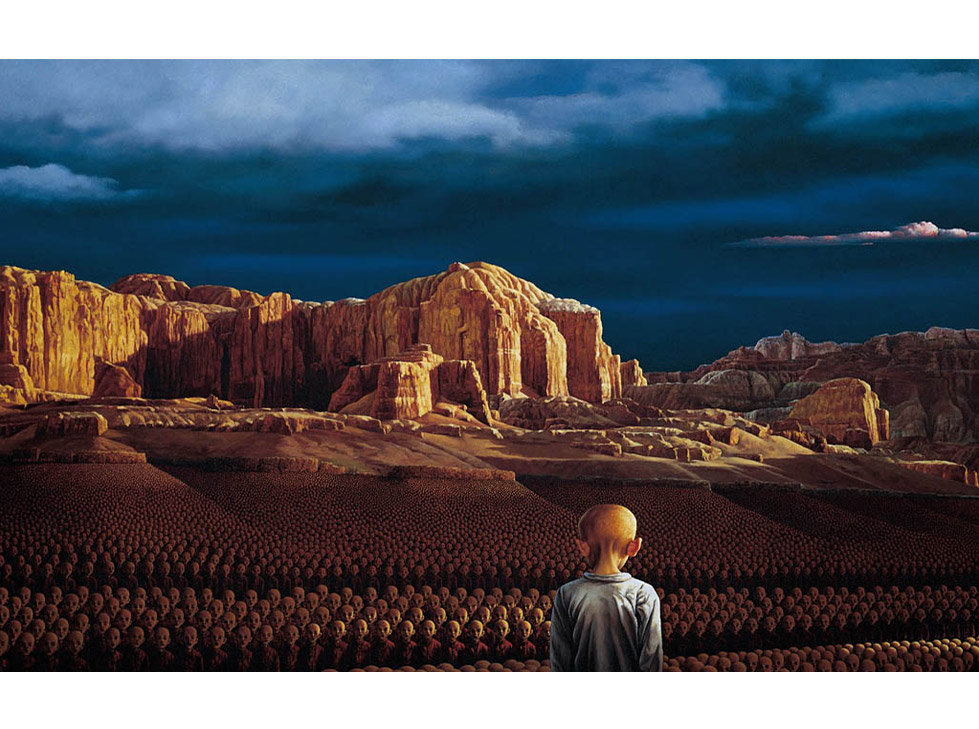 Through the Artist’s Eyes – A Tribute to Manfred Schoeni 2