Schoeni Art Gallery presents a solo exhibition for Liu Fei. A total of 38 oil paintings completed between 2000 and 2003 will be on show, with some reaching the height of the ceiling. Some of Liu Fei's paintings have already been exhibited in Beijing, some in Bangkok and now his one­man show in our gallery in Hong Kong.

Bold + Trendy is about you, me and the women around us. It is also about the interpretation of the character, behaviour and thinking of people nowadays. In the 1920s and '30s, the popular trend for Chinese women was a desire to strike out into a new life of freedom with modern ideas. They felt an urge to rebel against society, and were daring enough to cast aside the heavy burden of Chinese culture and tradition.

Almost a hundred years have gone by since then and many changes have taken place in society. Modem women have already accomplished that dream and achieved many of their aspirations. Chinese women used to be well known for their gentle and cultivated manner, and their way of laughing without showing their teeth. The women depicted in Liu Fei's paintings, on the other hand, are all bald, they wear student uniforms of the 1920s and '30s in a coquettish way and their red lips are wide open. They laugh openly and without restraint, proudly exposing their gums. Despite this, they all look very attractive, trying every means to impress others through their appearance, making a show of themselves. It doesn't matter if you enjoy looking at them or not, they have already achieved their goal by getting your attention.

What Liu Fei is trying to do in his paintings is present a unique psychological reflection on contemporary society. Sometimes the picture is attractive, happy, even exciting; at other times it can make you feel helpless or uncomfortable, provoking feelings of sickness and irritation.

Liu Fei was born in Nanjing in 1964 and was graduated from the Fine Atts Department of Nanjing Art Academy in 1989. Friends of the press are invited to interview Liu Fei between 5 - 7 May 2003 and collect a copy of the exhibition catalogue. For further enquiries, please feel free to contact Miss Selina Liu. 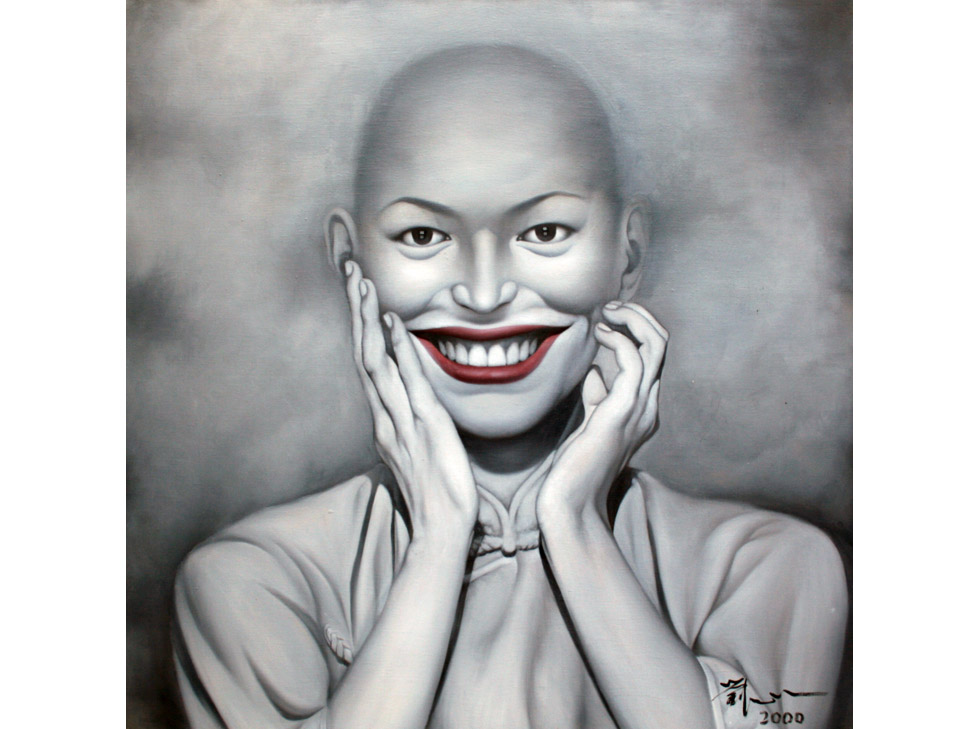