Li Guijun was born in Beijing, 1964. He studied at the Central Academy of Fine Art, Beijing, under the tutelage of Jiang Shanyi and Yang Feiyun. This Second Generation artist studied the rich history of oil painting masters from Renaissance Europe and Chinese Cultural History. His education gave him a deeper understanding of Portraiture.

Although Li Guijun's work was influenced by his tutors in its infancy, the artist has developed his own unique style and technique of Chinese portraiture, for which he is well respected in China. What is most stunning about his figurative works is their understated sense of drama. In each portrait of a young girl Li creates a scene from a fragment of daily life. Each piece is natural yet composed; its message is unclear, or vague and its implications are far reaching yet implicit. Everyday living space is played with and redefined on the canvas; which seems to trap the model and isolate the viewer. We are very much the voyeur, but the subject is always in control. Li gives each piece an almost hidden plot, that makes the viewer try to read what may happen next or what went before this perfect snippet if time.

The characters are without expression. We are isolated from them further by Li Guijun's composition and detached approach. He is a pioneering new artist from China who has managed to take traditional portraiture beyond its former boundaries. He paints from the characters face first working down the body. The background is left until last, and is used as the prompt for the viewers imagination and contemplation. Every aspect of Li Guijun's art is beautiful. The adolescent girls that he paints are pure and peaceful, lending each work a certain serenity.

Despite his apparent nihilist view of life Li rejoices in and admires each captured moment of our mundane reality. His world is one of honest beauty in a modem world. This exhibition runs from Thursday, 5th December 1996 and continues until Tuesday, 31st December 1996.

The artist will be present for his first one man show held in Hong Kong and his book will also be released in conjunction with the exhibition. 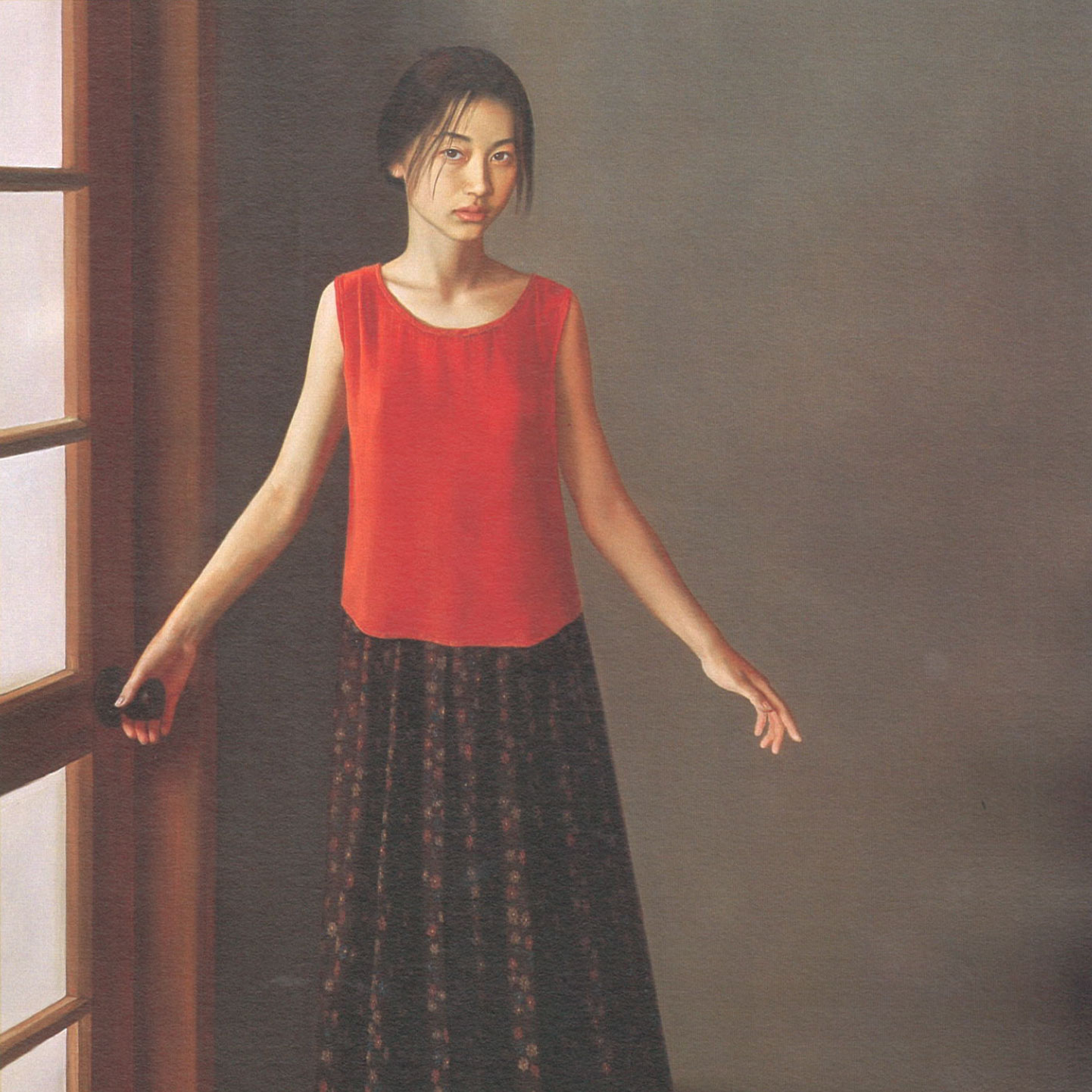 Opening the Door to the World of Li Guijun 2