Schoeni Art Gallery is excited to present the works of Pan Dehai in the upcoming exhibition, Pan Dehai - Chubby Series. Pan Dehai was born in China's Jilin Province and had graduated in 1982 from the oil department of Dongbei University.

Pan Dehai is a representative painter of the Chinese avant-garde movement of the Eighties. In 1987, he created his most important work, the ‘Corn series’. The corn imagery of these paintings is the symbol of the artist's life experience, and of his long contemplation on life's origin and the tragic character of human existence. In his paintings, the densely-packed kernels form patterns on the human body that appear to dissect the body and spirit. Human sensitivity, suffering and helplessness concentrate within the "sores" formed by these kernels. The kernels multiply endlessly, both exposing and concealing the mystery of life.

Since the 1990's, Pan Dehai has begun work on the Chubby series, which retains the symbolic corn imagery, but the focus has shifted from generic figures to portraits of his friends in Kunming. The exaggerated puffed-up figures often possess receding hairlines, reflecting on the wry, fragile, and sometimes, tragic side of life.

Pan Dehai's paintings are original in both idea and imagery. This exhibition provides an opportunity to enjoy the fascinating works of an intelligent artist. It is Pan Dehai's first solo­exhibition in Hong Kong and he will be present at the opening of his exhibition on the 15th of November 2001 at Schoeni Art Gallery on 21-31 Old Bailey Street Central.

We invite our friends of the press to arrange an interview with the artists between 13th and 17th November and. To collect a copy of the new accompanying exhibition catalogue. 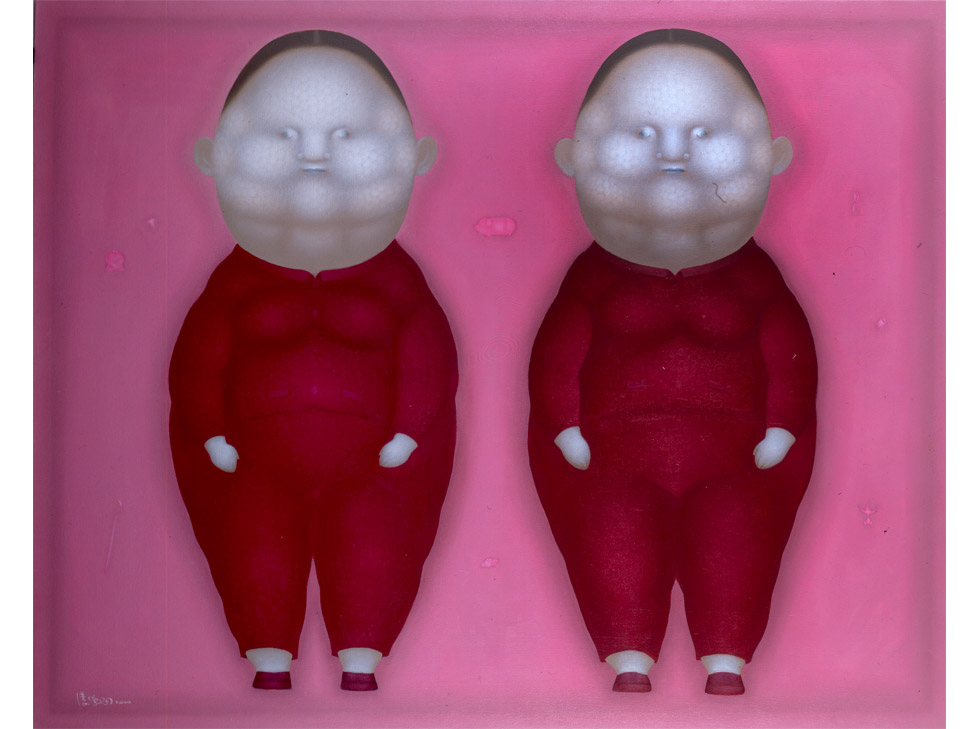