Liu Ye's work is admired by young and old alike. His canvases need no explanation as they take the viewer into an endless world, where the actors and actresses are on stage frozen in time, revived by his brush using his signature colours of red, yellow and blue.

With a palette of bright colours and influences from Vermeer and Mondrian, Liu Ye creates a fantasy world that manifests his emotions.

Liu Ye has exhibited at the Guangdong Museum of Art and held solo-exhibitions at various galleries in China and Berlin. Liu Ye is also one of the participating artists in the Chinart Exhibition, which has been shown in Duisburg at the Kueppersmuehle Museum, in Rome at the MACRO and in Budapest at the Ludwig Museum. 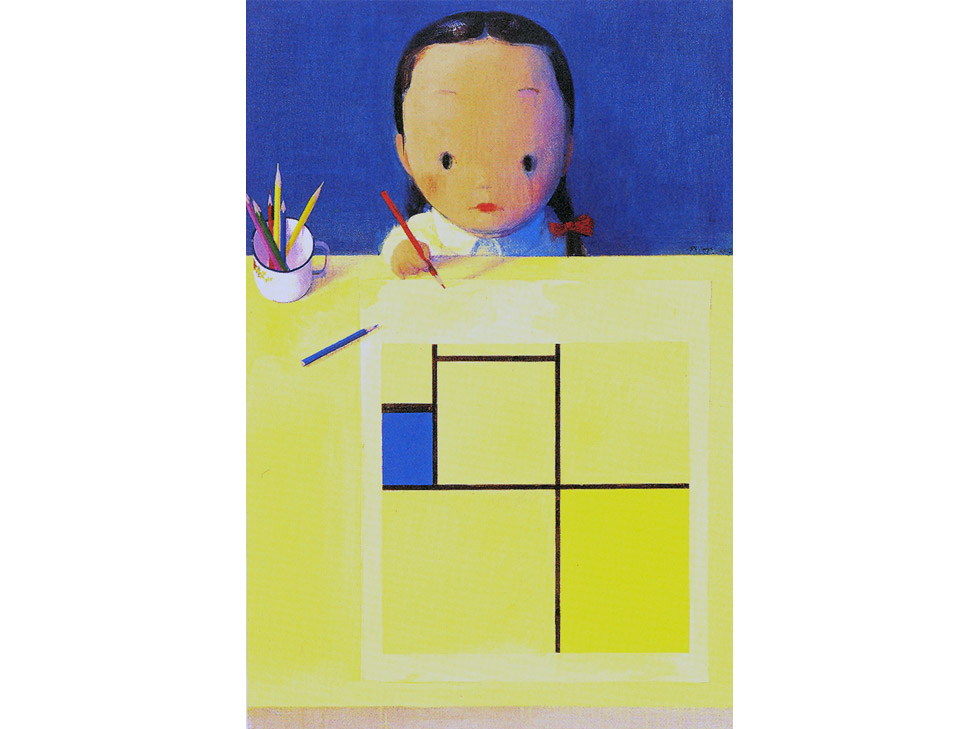