Siren Art Studio is a non governmental painters' workshop. Although the four artists differ in style, they strive towards a unified theme, feminism. The group Siren offers a modern interpretation of the ancient Greek tale of women sirens who where described as angels with an inner devil. The fifth artist Chen Xi is involved in this special exhibition because of her shared ideals.

Chen Xi graduated in the early 1990s. Her training in classical painting developed into modern expressionism. Her bold strokes and strong colours express the vitality of her feelings. She is distinguished from the Siren group by her manner of observing society, her visual angle is that of a birds' eye view. She makes no preliminary sketches but learns from life, capturing images in her mind that she then expresses on her canvas.

Li Hong was born in Beijing in 1965. She used to be a reporter and a writer. In her paintings, she depicts working class women whose pale, troubled faces betray anguish and mental torment. Her controversial subjects stir the viewer's heart and mind.

Cui Xiwen graduated, in 1996, from the 8111 Assistant Class of Oil Painting i!1 the Central Academy of Fine Arts. In her paintings, she swaps the role of man and woman, making the man the object of desire and the woman the observer, creating new images of contemporary life from a feminine perspective. Her colour palette reflects this difference.

Feng Jiali paints exaggerated painted faces. She explores the role of female sexuality and the brightly masked subjects of her work refer to the lipstick, powder and paint that are traditionally associated with feminine appeal. These garish masks are the only discordant note in otherwise naturalistic works, hinting, perhaps, at the duplicitous nature of the women's character.

Yuan Yaomin teaches in the Painting Department of the Central University. China's Terra-cotta Warriors are the subject of her paintings in the series New Composition of Pottery Warriors, which are to be included in this exhibition. Her works have been shown in China and Germany. In her paintings, the normally strong and virile warrior figures are emasculated and even ridiculed as they strike up body-building poses wearing skimpy bikinis and rouge.

The five women artists will be in Hong Kong during the exhibition and for the opening on Thursday, 21 January 1999 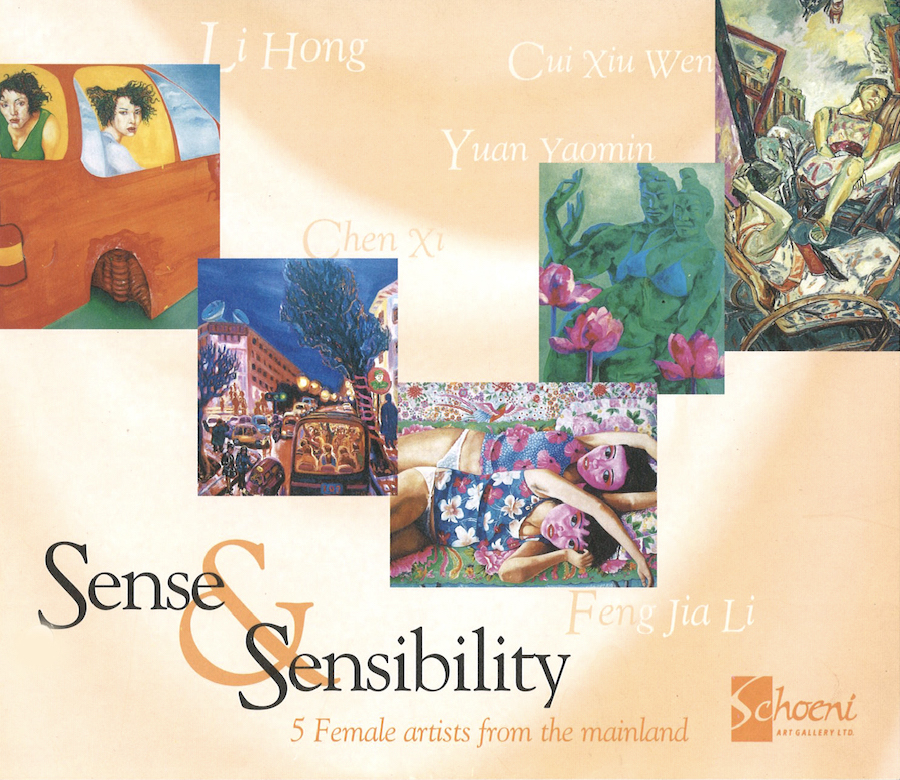