It was ten years ago, in 1994, that Schoeni Art Gallery showed Yue Minjun's work for the first time. Now, as an internationally recognized artist, he returns to our gallery to present his latest sculptural creations in bronze and fibreglass, as well as a series of paintings in a different style.

The sculptural groups on show entitled "The Romanticism and Realism Series" are inspired by Yue Minjun's childhood memories of the sculptures standing in public square in China during the Cultural Revolution. Such sculpture on the theme of revolutionary realism and romanticism was both Utopian and ridiculously exaggerated. All the time the artist had the feeling that some other meanings were hidden behind the figures' almost manic and idiotic expressions.

In Yue Minjun's new painting creation "Manipulation Series", he has used two kinds of black and white colour tones to duplicate the picture on the canvas and he rotated coloured crayons randomly on the surface so that the strokes reach every corner of the canvas to manipulate the painting in its own style.

Yue Minjun is regarded as one of today's famous cynical realists. His signature laughing men have won him a spot at the 48th Venice Biennale in 1999. His work has been shown in numerous private galleries and museums. 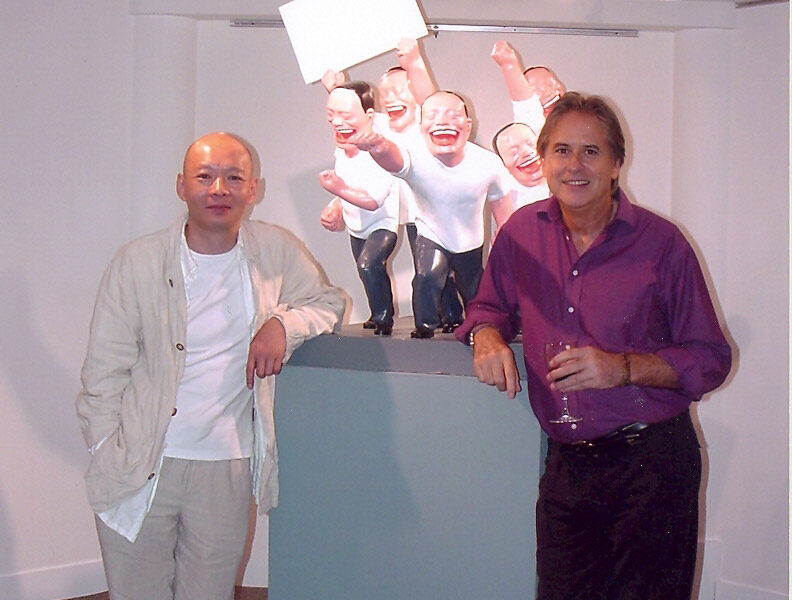 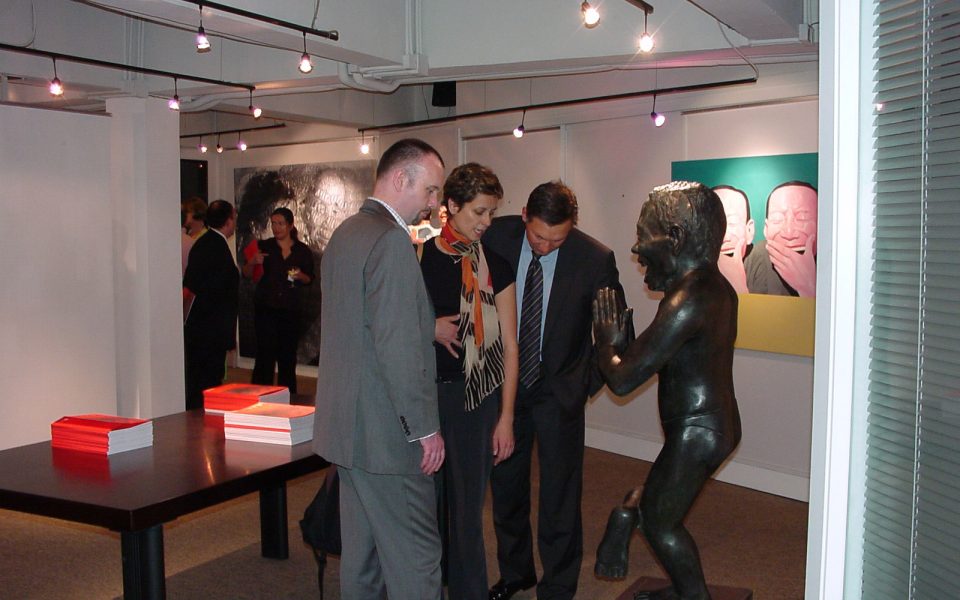 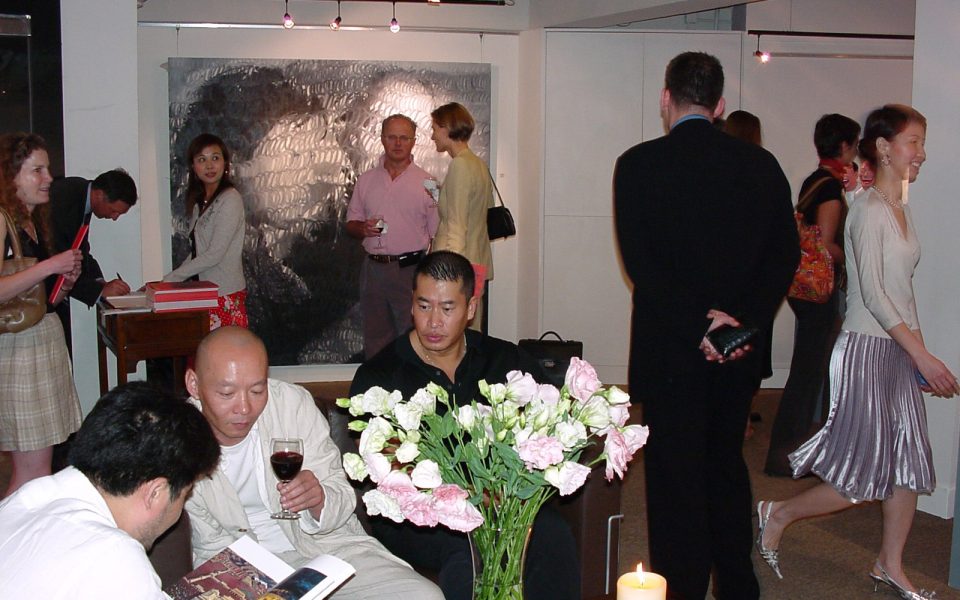 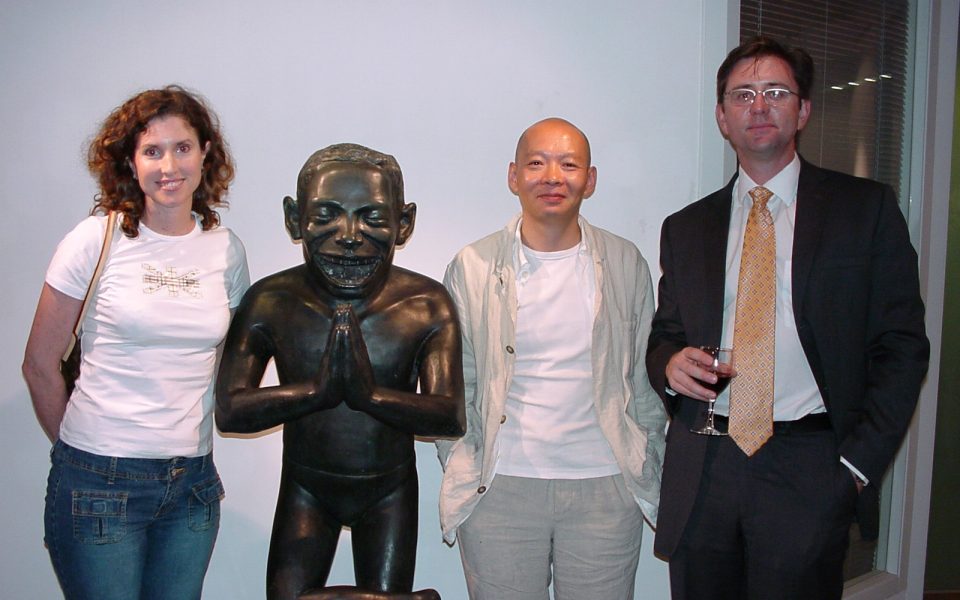 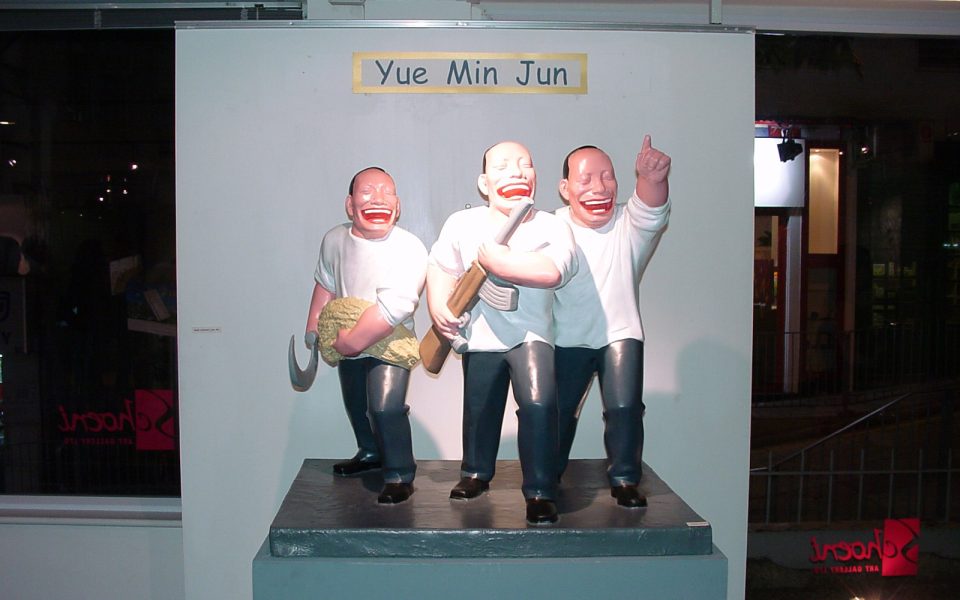 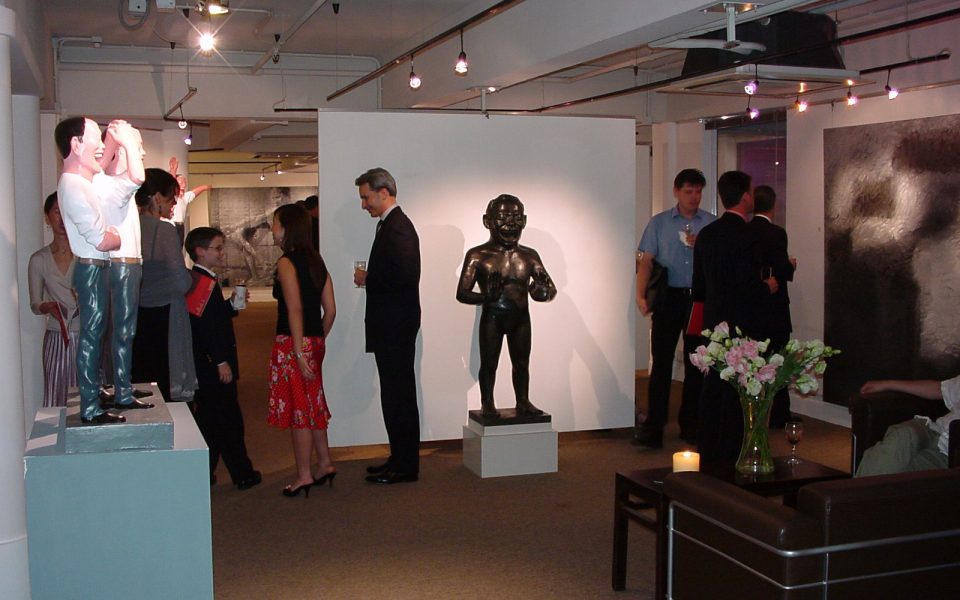 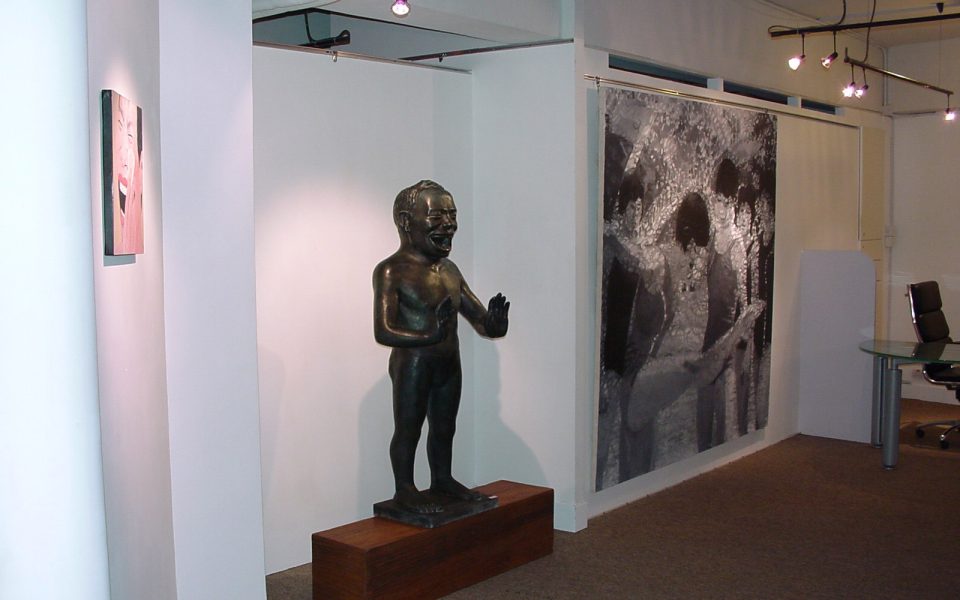 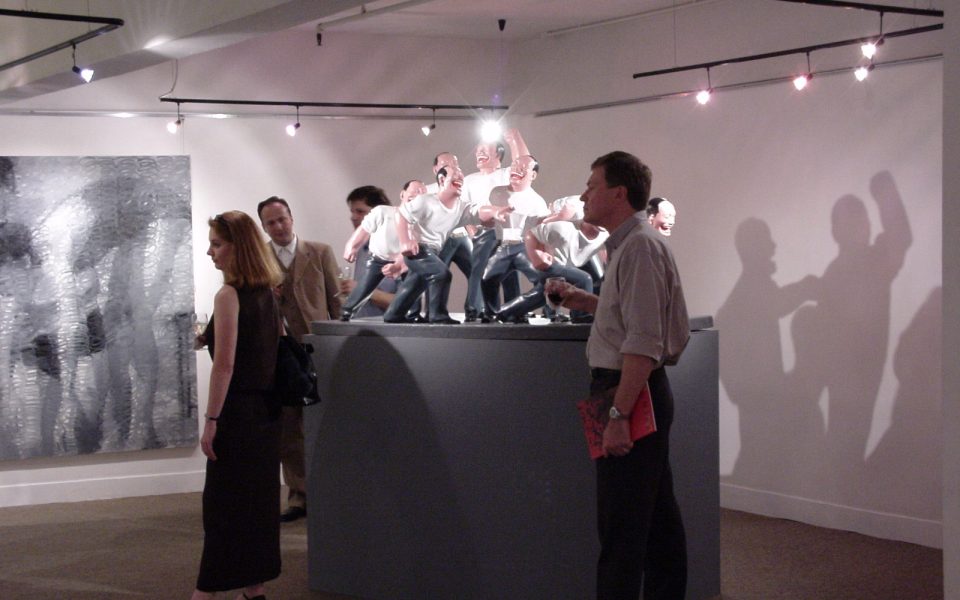 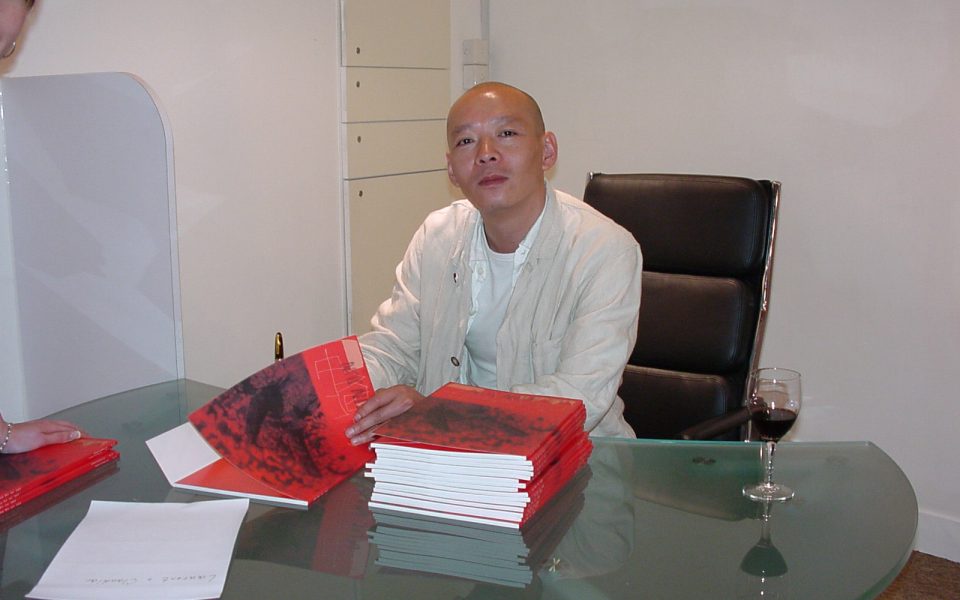 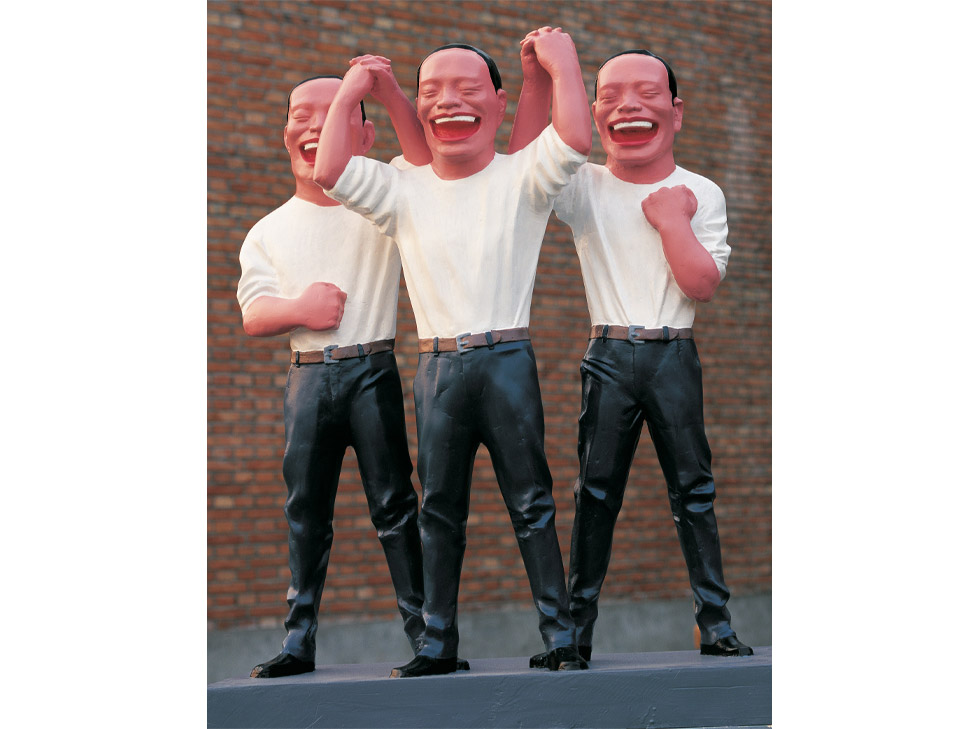